How Do Restrictions on High-Skilled Immigration Affect Offshoring? Evidence from the H-1B Program

Skilled immigration restrictions may have secondary consequences that have been largely overlooked in the immigration debate: multinational firms faced with visa constraints have an offshoring option, namely, hiring the labor they need at their foreign affiliates. If multinationals use this option, then restrictive migration policies are unlikely to have the desired effects of increasing employment of natives, but rather have the effect of offshoring jobs. Combining visa data and comprehensive data on US multinational firm activity, I find that restrictions on H-1B immigration caused foreign affiliate employment increases at the intensive and extensive margins, particularly in Canada, India, and China.

We investigate the effect of hiring skilled immigrant employees on the performance of organizations. This relationship has been difficult to establish in prior work due to theoretical ambiguity, limited data, and inherent endogeneity. We overcome these difficulties by studying European football (soccer) clubs during 1990-2020. Detailed microdata from this setting offers unusual transparency on the migration and hiring of talent and their contribution to collective performance. Further, the industry is characterized by country-level rule changes that govern the number of immigrant players clubs can hire. Using these rule changes as the basis for instrumental variables, we find a positive local average treatment effect of the number of immigrant players on the club’s in-game performance. To examine the theoretical mechanisms, we explore whether immigrants cause superior performance because they are more talented than natives or because they enhance the national diversity of their clubs. We find strong evidence for the talent mechanism. We find contingent evidence for the national diversity mechanism: national diversity has a positive relationship with club performance only when the club employs an immigrant manager (coach). The presence of an immigrant manager also strengthens the positive relationship between the number of immigrant players and club performance.

Does the offshoring of production degrade or enhance the innovative capabilities of manufacturing firms? We contribute to this debate by exploiting a policy shock that differentially affected the ability of Taiwanese firms to offshore some products to China. We find causal evidence that offshoring impacts both the level and nature of innovation. In the technologies directly related to product categories that could be offshored more easily after the policy shock, overall innovation levels decline and innovative effort shifts away from product innovation and towards process innovation. However, we also find evidence of a second-order positive effect of offshoring on the levels of innovation—particularly product innovation—in other parts of the firm’s portfolio. These results are consistent with the notion that offshoring production induces a complex reallocation of innovation effort within the firm, both across and within technology categories. Our paper examines this reallocation in the context of Taiwanese electronics firms, and introduces new methods that could be used to study post-offshoring reallocations of innovative effort in other contexts.

An Executive Order Worth $100 Billion: The Impact of an Immigration Ban’s Announcement on Fortune 500 Firms’ Valuation, with Dany Bahar and Prithwiraj Choudhury

On June 22, 2020, President Trump issued an Executive Order (EO) that suspended new work visas, barring nearly 200,000 foreign workers and their dependents from entering the United States and preventing American companies from hiring skilled immigrants using H-1B or L1 visas. Exploiting this shock, and using event study methodology analyzing the cumulative average abnormal returns (CAARs) of Fortune 500 companies following this order, we find that the EO statistically and economically significantly caused negative CAARs of up to 0.45%, the equivalent of over 100 billion of US dollars of losses, based on the firms’ valuation before the event. Our results are particularly pronounced for firms that had maintained or increased their reliance on skilled immigrant workers over the prior years.

“Policymakers, faced with different options for replacing lost earnings, have had limited evidence to inform their decisions. The current economic crisis has highlighted the need for data that are local and timely so that different fiscal policy options on local economies can be more immediately evaluated. This paper provides a framework for evaluating real-time effects of fiscal policy on local economic activity using two new sources of near real-time data. The first data source is administrative records that provide universal, weekly, information on unemployment claimants. The second data source is transaction level data on economic activity that are available on a daily basis. We use shift-share approaches, combined with these two data sources and the novel cross-county variation in the incidence of the COVID-19 supplement to Unemployment Insurance to estimate the local impact of unemployment, earnings replacement, and their interaction on economic activity. We find that higher replacement rates lead to significantly more consumer spending – even with increases in the unemployment rate – consistent with the goal of the fiscal stimulus. Our estimates suggest that, based on the latest data, eliminating the Federal Pandemic Unemployment Compensation (FPUC) supplement would lead to a 44% decline in local spending. If the FPUC supplement is reduced to $200, resulting in a reduction of the replacement rate by 44%, spending would fall by 28%. Even if the FPUC supplement is reduced to $400, the replacement rate would fall by 29% and spending would fall by 12%. Because these data are available in every state, the approach can be used to inform decision making not just in this current crisis, but also in future recessions.”

In recent decades, multinationals have increasingly done R&D in non-traditional R&D destinations, with especially fast growth in emerging markets. This presents a puzzle: R&D is a knowledge-intensive activity, but local knowledge sources in non-traditional locations are often far from the technological frontier. We explain this puzzle by introducing a mechanism by which foreign affiliates can develop their technical capabilities to become active contributors to the multinational’s global innovation effort: utilizing home-based inventors on foreign affiliate inventor teams to facilitate knowledge transfer. Their utilization then declines as local inventors “catch up” technologically. We also provide evidence that the R&D portfolios of multinationals within each country are frequently concentrated in multiple technical areas, so aggregating across different technology areas might hide meaningful variation in firm behavior.

The Effects of Foreign IP Theft on U.S. Firms and Innovation, with Daniel P. Gross and Lia Sheer

“The IT Revolution and the Globalization of R&D.” Chapter in NBER book Innovation Policy and the Economy 2019, Volume 19. Josh Lerner and Scott Stern, editors. University of Chicago Press.

Since the 1990s, R&D has not only become less geographically concentrated, but there has been especially fast growth in less developed emerging markets like China and India. One of the distinguishing features of the R&D globalization phenomenon is its concentration within the software/IT domain. The increase in foreign R&D on the firm side has been largely concentrated within software and IT-intensive multinationals. This concentration is mirrored on the country side; new R&D destinations such as India, China, and Israel look very different in the types of innovative activity being done there than older R&D destinations such as Germany, France, the UK, Canada, and Japan. In this paper we will document three important phenomena: (1) the globalization of R& D by US MNCs, (2) the growing importance of software and IT to firm innovation, and (3) the rise of new R&D hubs, and the differences in the type of activity done there. We argue that the shortage in software/IT-related human capital resulting from the large IT- and software-biased shift in innovation drove US MNCs abroad, and particularly drove them abroad to “new hubs” with large quantities of STEM workers who possessed IT and software skills. Our findings support the view that the globalization of US multinational R&D has reinforced the technological leadership of US-based firms in the information technology domain and that multinationals’ ability to access an increasingly global talent base could support a high rate of innovation even in the presence of the rising (human) resource cost of frontier R&D.

Bloomberg. “Watch What Happens When You Push Away Skilled Immigrants”. 24 July 2018.

The manufacturing sector encompasses a diverse set of industries that are involved in the transformation of raw materials into physical goods. Over the last two decades, the U.S.’s manufacturing value added (MVA) has slightly grown, however, the U.S.’s percentage of global MVA has declined due to China’s exponential rise. Likewise, in contrast to net employment in the U.S. economy, which has increased, net employment in manufacturing (while growing slightly since 2010) is significantly lower than in the 1980s. As a whole, the manufacturing sector involves higher value added per capita employed, a greater proportion of the labor force with education at the high school level or below while having on average higher wages for that labor force, higher industry spending on R&D, and fewer private equity/ venture capital deals financing new ventures than non-manufacturing industries such as services (including software). The U.S.’s relatively high R&D spending on manufacturing (66% of industrial R&D) and comparatively low manufacturing value added (14%) is at least in part due to the globalization of manufacturing facilities in the last decade. The above said, drawing implications from sector-wide trends can be misleading because of the variation in these indicators across sub-sectors. At the five-digit NAICS code level, the top sources of employment are animal processing, aerospace products, and printing (on various materials including textile, metal, plastics); the top sources of revenue are petroleum refineries and automotive; and the top source of R&D spending is pharmaceuticals. Considering the sector’s diversity will be critical to understanding productivity and labor outcome effects, and appropriate policy responses, if any.

We present evidence showing that US multinational firms are creating a global division of R&D labor akin to global value chains in goods production, where activities are located in regions where production is most efficient. We argue that this system, properly managed, brings global benefits by increasing the innovative capacity of the global economy.  These benefits may become increasingly important in the context of a global innovation slowdown many experts believe is already underway.  Unfortunately, policy trends in the U.S. and elsewhere complicate the operation and increase the risks associated with this globalization of R&D.

“The Importance of doing our BIT: The Economic Potential of a U.S.- China Bilateral Investment Treaty”

“Why the Trump administration’s anti-immigration policies are the United States’ loss and the rest of the world’s gain”. 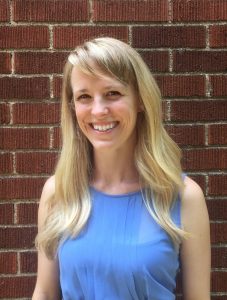